How The Canadian Government Can Stop a Real Estate Crash 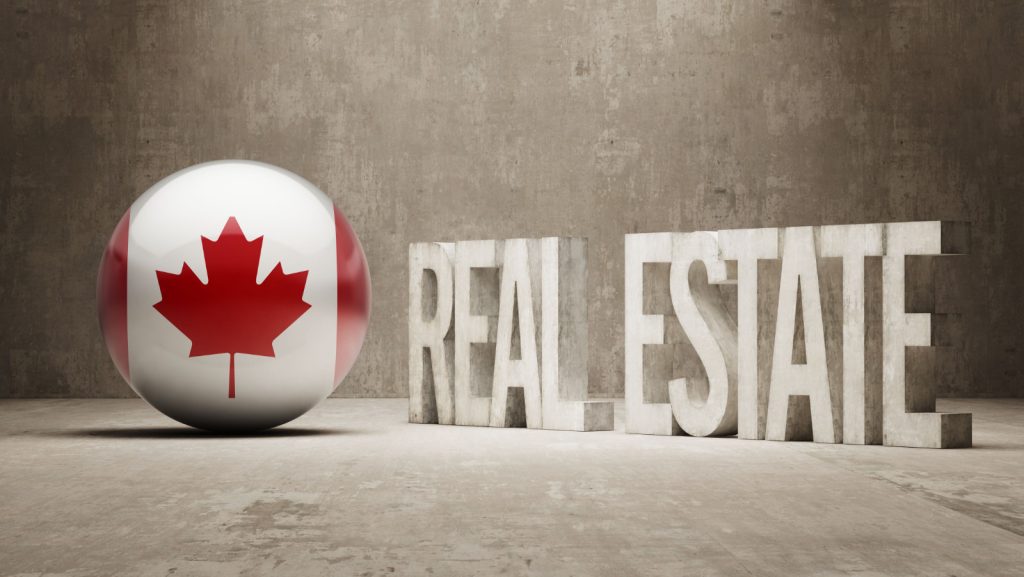 Fueled by the media and propagated by misinformed economist pundits, public anxieties about the real estate market will become a self-fulfilling prophecy if the government doesn’t act immediately and with urgency to protect Canadians’ largest asset class and prevent a real estate crash.

Seventy-eight per cent of Canadians currently have a mortgage with an interest rate below 3.0%. Rising mortgage rates mean that the average Canadian needs to make a staggering additional payment of $800-$1100 per month for a mortgage of $800,000. This places enormous pressure on already strained households grappling with relentless inflation and rising costs of living – everything from higher gas and grocery prices to inflated hydro bills and property taxes.

Homeowners and the real estate market will feel the burden of this jarring payment increase for at least the next five years. If our government doesn’t act soon, the effects will be catastrophic and result in a major real estate crash in Canada, wiping the home equity and retirement savings of millions of Canadian homeowners across the country.

As someone who has worked extensively in this industry for over 20 years, I can say with confidence that there is a way for the Canadian Government to combat inflation without collapsing the Canadian housing market and irreparably damaging the household balance sheets, credit and home equity of everyday Canadians along the way.

The solution is simple: Canada needs to introduce 40-year amortization. The government must allow homeowners who currently have an existing mortgage to renew their mortgages up to 40-year amortization. When we look at the data and the realities of the market on the ground, it is clear that this is the best solution we have available.

When tackling the crisis at-hand, it is key to look at the data and understand that the current slowdown in the real estate marketplace is not based on the fundamentals. Rather, it is largely driven by the sentimentals—that is, the sentiments of consumers. The media is currently in a frenzy of sensationalized headlines and absurd predictions about the collapse of the real estate market, bolstered by misinformed and self-absorbed economists who don’t actually understand the insides and outsides of the business.

The issue with many of these economists is that they prioritize getting their names into the media over providing accurate commentary, capitalizing on the fact that the media tends to respond favorably to negative or sensationalized content. For example, one year into the pandemic, Canadian households were carrying approximately $2.5 trillion in outstanding debt. Approximately two-thirds of the total was mortgage debt, with the remaining third comprising every other type of debt, such as credit card payments, car or home renovation loans, or any other monetary obligation.

While many economists and media focused on the fact that Canadians’ Mortgage Debt had climbed to $2.4 Trillion as of June 2022, they intentionally neglected to mention or understand that this debt is also secured against $3.5 Trillion in real estate value, meaning that Canadians have over $1 Trillion in real estate equity and assets on their personal balance sheets. As more time passes, these debts are getting paid down and the value of homes are going up, creating an even healthier financial future for Canadians.

The fact is that the Canadian real estate market is healthy and strong, with very good fundamentals. Canada’s labor market remains exceptionally robust: workers’ wages are increasing, and our national unemployment rate stayed at a historic low of 4.9 percent in July, while labour shortages have resulted in one million job vacancies nationwide.

Further, three Canadian cities (Calgary, Vancouver, and Toronto) ranked in the Economist Intelligence Unit’s (EIU) “Top 10 Cities in the World to Live”, outshining 172 cities globally. Canada remains an exceptionally attractive place to live and work, which is made clear by the queue of 2.2 million immigration applications of people hoping to move here.

Lastly, let’s not forget the recent warning by CMHC which concluded that Canada needs 5.8 million additional new homes by 2030; the current crisis and shortages in the rental market in major cities is clear indication of this low supply and high demand.

The Importance of Protecting Canada’s Most Important Asset Class

To better understand how introducing 40-year amortization will help prevent a real estate crash, let’s take the example of Steve, a Canadian homeowner who has a $100,000 mortgage with a 2.5% interest rate and a 25-year amortization.

Steve is currently making monthly payments of $447.97, but that payment will jump to $581.61 at the current 5% interest rate with the same 25-year amortization, when his mortgage comes up for renewal in December. That is a significant $133.64 payment increase, on top of the tremendous financial strain caused by inflation and rising costs of living.

On the other hand, a $100,000 mortgage with a 5% interest rate and 40-year amortization would require a monthly payment of $478.81. This is only an increase of $30.84, which is significantly more tolerable and manageable.

Steve represents the 95 per cent of Canadian mortgage holders who have mortgages with terms that renew every 6 months to 5 years. Sooner or later, our homeowners must renew their mortgages at the current high rates! If we don’t change course, many Canadian homeowners will buckle under the weight of unaffordable mortgage payments and runaway inflation within a few months, once these mortgages are up for renewal.

Many people will have no choice but to put up their home for sale well below what they owe to the banks and the mortgage companies. This would also be terrible for the CMHC and other insurance companies, such as SAGEN & Canada Guaranty, since they would be facing mountains of claims from the banks and mortgage lenders for these defaults.

Real estate is the biggest asset class that most Canadians have and thus it is critical that the Government protects it, in order to ensure the future of Canadians and safeguard their retirements and personal wealth. If our government doesn’t act soon, it will result in a major real estate crash in Canada within the next 12-30 months, wiping the personal balance sheets, home equity and retirement savings of millions of Canadian homeowners across the country.

Why the Government Must Give Canadians a Chance to Catch Up

What we know with certainty is that Canadians pay their mortgage payments. The current default ratios (90 days and late in payments) in my company’s portfolio of mortgages are approximately 11 Basis Points, well below the Canadian industry average of approximately 28 BPS. This is an unbelievable rate – Canadians make outstanding borrowers, and they take pride in their home ownership.

If the Minister of Finance allows the 40-year amortization through the OSFI and CMHC, this will offer Canadians a great and needed relief from higher payments without harming anyone or costing the government any money. It essentially gives homeowners more time to pay off their debt, while also allowing the government to tackle inflation. This policy would not apply to new purchases, only for Canadians holding existing mortgages, so that the new amortization length for existing homeowners would not heat up the real estate market.

Lastly, the Minister of Finance and CMHC should also seriously consider increasing the CMHC insurance cap to $1.5 Million instead of the current $1.0 Million. This increase will result in better liquidity and allow access to cheaper capital and mortgages for many Canadians. It is imperative for the Canadian Government to maintain the momentum in our housing market and prevent a market crash because Canadian homeownership is at an all-time low, with estimates ranging from 61-68%. We really cannot and should not allow this number to drop any further.

For more than a decade, low interest rates in Canada combined with the increasing value of homes has helped millions of Canadians across the country build tremendous wealth and a stable personal balance sheet. The thriving real estate market has also supported and created millions of jobs in this country. But without a prudent government strategy to safeguard Canada’s most important asset class, there is significant risk of wiping out the balance sheets of Canadian homeowners today and curtailing the wellbeing and prosperity of Canadians for generations to come.

Alex Haditaghi is a serial entrepreneur in the financial service and tech sector. He is the founder and chairman of Radius Financial (www.radiusfinancial.ca), a Canadian mortgage lender. He’s worked in Canada’s residential and commercial mortgage & real estate industry since 2001 and his companies have originated, processed or loaned over $45 billion since then. He’s the co-founder and former president of Lending Tree Canada, and also the founder of MortgageBrokers.com.

Existing Mortgage Customers:
If you are an existing client with a Radius mortgage, please contact mortgage servicing at:
Toll Free +1.866.550.8227
E-mail radius@lenderservices.ca